The American dream of home ownership lives on here in Yuma County, where the local approval rating for mortgages recently earned some positive praise in a national news piece.

SmartAsset, a financial technology company, published an article lauding Yuma County for boasting a mortgage approval rating of 64.85 percent, compared to the national average of 58.69 percent.

“The results here show that people looking for a mortgage in Yuma County have a better than average chance of being approved, not only in Arizona, but among all counties in the nation,” A.J. Smith, managing editor for SmartAsset, told the Yuma Sun. “Studies like these tend to give an indirect glimpse into the county’s economy. Having a mortgage approved requires showing steady income and a good credit rating, and the results for Yuma County show that residents are being approved consistently.”

The article also shared a few more statistics about mortgage trends in Yuma County: Five-year borrowing costs — $65,658; Property tax — $9,848; annual mortgage payment — $12,267; and the loan funding rate index — 64.85
SmartAsset didn’t compare the current mortgage approval rate with past numbers, frankly, because this marks the first year that they completed this particular study. The organization plans, however, to continue crunching these numbers in the future to see what trends are established.

Derek Egeberg, branch manager and loan officer for Academy Mortgage, chuckles softly when he’s asked about seeing an improvement in local mortgage approval rates. The Yuma lender stresses that if anything, perhaps the level of fear among potential buyers has seen a healthy decline.

“The interesting thing is that I don’t think there ever has been a great or non-great approval rating,” Egeberg said. “In general, people react to fear. If you have two years of tax returns, 30 days of pay stubs and two months of bank statements — combined with proving your employment and your income ability for a small down payment — there has never been a problem getting a home loan.”

The lender said that both buyers and lenders have become a lot more realistic these days, following some hard lessons that came with the housing market crash.

“Most buyers are not trying to stretch. Maybe more lenders are now more willing to tell people ‘no,’ which I don’t mean in a bad way. I knew lenders who would figure out a way — any way — to make it work, even when saying no would have been a smarter move for everyone,” Egeberg said.

“We’re not trying to buy a $2 million house in California. These are normal workers buying normally priced houses. That is what’s going to drive the housing economy,” he added.

For examples of past mistakes from the national mortgage scene, Egeberg certainly wasn’t at a loss for examples of what were common place missteps from coast to coast.

First, he pointed to an “irrational exuberance” that led to so many people putting money into real estate with some pretty unrealistic expectations. Then, when the market crashed, everyone jumped to get out and felt fearful about the whole experience.

Also, another past experience that taught lenders an invaluable lesson was the fact that in 2007, people with high credit scores weren’t always forced to make their case by sharing all the paperwork. Now, by law, lenders have to prove a person’s ability to pay.

“I have to prove that you have sufficient income to meet obligations and the mortgage you are attempting to purchase, plus the food and gas and all the normal incidentals,” Egeberg said. “You had a lot of people who didn’t really prove anything or over bought, and in the end, that is what hurt a lot of people.”

Another big mistake in the mortgage world’s past was too many buyers sinking every dollar they could get their hands on into a real estate purchase, all in hopes that the house would rise in value and provide them a built-in savings account.

“Housing to me, as a lender, is not a savings account. You still have to live and survive off your income, not trying to refinance and pull money off your house with the hope it will be worth more later,” Egeberg said. “That’s really what got a lot of people into trouble in 2006 and 2007.

Again, here in Yuma, Egeberg sees a realistic approach to mortgages being taken. He stressed that this fact stands as a true jewel in the crown of Yuma’s housing market.

“I think it is doing significantly better here because we have more of what I would consider a better buyer, buying a bread and butter home. They are not trying to do things extravagantly or doing things beyond their needs,” he said. “We have quality and affordable housing for people who are making an honest living and who want to provide safe and secure housing for their family.”

“What I’m seeing in my own company is the average home buyer who is 31 and newly married and newly with children. They are buying later than previously, having seen their parents go through foreclosure and bankruptcy, having known people who lost homes when the market declined.”

“The quality of borrower is a little older, a little more employment seasoned,” Egeberg said.

Those buyers are being greeted by a healthy market.

“The average Yuma buyer has an amazing opportunity. Prices are still reasonable. They have come up quite a bit over the past two years, but are still very reasonable. Plus, interest rates are still amazingly low,” he said. “These are affordable homes, which is why a two-income family can afford to buy, plus afford property taxes and other bills.” 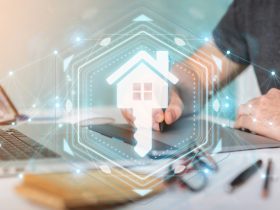 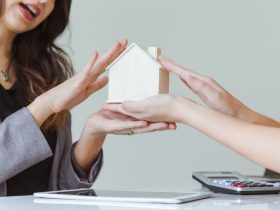 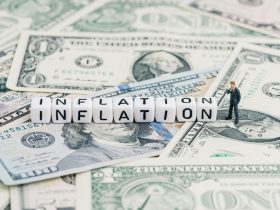 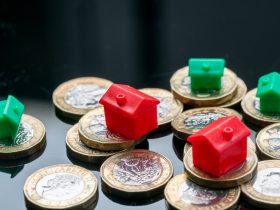