Property investment UK is expected to see a boost following the General Election results, according to experts. It is believed that the results have the potential to drastically change the UK’s housing market and end the property sector stalemate.

According to property commentators, property market confidence is expected to be boosted by the Conservative Party’s decisive win in the elections, resulting in a surge in property investment UK.

The uncertainty around the property market may give way to stability, leading investors to tap into the huge potential for property investment UK.

Election results are expected to bring a rush of potential buyers and homes for sale after Christmas, generating a renewed interest for property investment UK. Buyers and sellers who have stalled on moves are forecast to return to the market as the property market is forecast to bounce in the New Year. Sellers and buyers who have put home moves on hold for some time now due to political uncertainty may return to the market, reviving property investment UK. Though sellers have been warned not to be over-ambitious.

Brexit, as well as the political uncertainty around it, has been driving prices down with potential buyers and sellers waiting for the situation to become clearer.

But the result of the general election will not only end the political uncertainty, but it will also offer more clarity on when the UK is likely to leave the EU.

“This will, for the time being, end the uncertainty of a no-deal Brexit and pave the way for the release of some of the pent-up demand that has built in property markets in recent years. The extent to which this translates into transaction activity in the short-term will depend on the size of the pricing expectation gap between buyers and sellers”.

“Supply is likely to rise as political uncertainty recedes and private and public spending stimulate the UK economy.

“This will put downwards pressure on prices, however some vendors may expect a bounce in prices, which may create a stand-off between buyers and sellers as the market re-prices. Uncertainty over future tax changes in the Budget, which is scheduled to take place in February, may prompt some to accelerate plans in coming weeks.”

Bailey warns that the era of ultra-cheap mortgage rates may be nearing an end as the Bank of England may look to normalise interest rates as the risk of a no-deal Brexit reduces.

The boost to sterling may prompt overseas investors to move forward with purchases before their buying power is further eroded by currency movements, he says.

The property market has stagnated since summer, as properties being put up for sale dwindled and potential buyers stayed away.

A report from the Royal Institution of Chartered Surveyors yesterday, considered a key barometer, showed the housing market in stalemate.

It said that demand for homes from new prospective buyers fell for the third month in a row in November, and the number of properties coming to the market remained close to record lows.

Property listing site Rightmove’s most recent report showed the property market has seen the biggest fall in homes being put up for sale since the financial crisis, as sellers stalled in the face of election uncertainty.

Britain’s biggest building society Nationwide said that the average house price rose just 0.8 per cent in the year to November to £215,734.

Meanwhile, the most recent report from the ONS / Land Registry report, showed the average house price up 1.3 per cent in the year to September to £234,000.

A higher proportion of estate agents saw average house prices fall in November compared to the previous month, although that was mostly because of the continued decline across London, the South East and East Anglia.

Mortgage rates are near record lows, but buyers in London and the commuter belt are being constrained by high prices and affordability rules that do not allow them to stretch further.

Although, it is being suggested that there may be some time before house prices rise as there may be an oversupply of houses into the market in the early months of next year since some of the pent-up demand that has been built in property markets, is released.

“The most important thing for the housing market is that the result brings some stability, albeit short-term at least until we see a clearer timetable for Brexit. This should generate a return of confidence to the market, which is what we have been looking for.”

“So, hopefully we will see some move towards this, especially of more affordable housing to buy and to rent. It is probably the end of Section 21 on lettings, the no-fault eviction route, but hopefully Section 8 will be beefed up to allow landlords to remove difficult tenants who are engaging in anti-social behaviour or otherwise not compliant with the terms of the agreement.

Overall, the election results are being termed a good news for the UK’s property sector as it is believed to have delivered certainty to the UK property market, at least for now. It has provided the sector with a much-needed boost, which may see the resumption of transaction activity going into the next year. 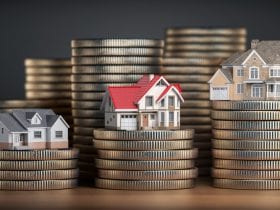 Roma Finance lifts level of LTV lending to 75 per cent 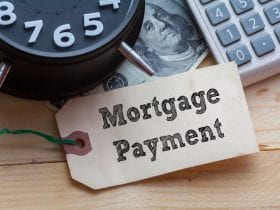 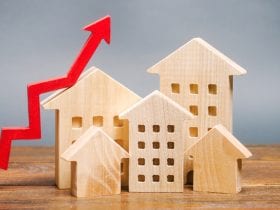 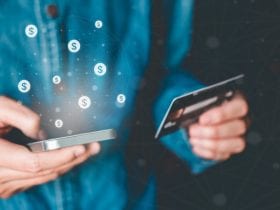