A report released by the Institute for Fiscal Studies (IFS) showed that mortgage payments slumped 14 per cent last month, as people made use of temporary payment holidays amid the sharp economic downturn

Arrears on UK household bills continued to swell last month amid abrupt falls in employment, earnings and incomes, as the coronavirus crisis batters the British economy.

A report released by the Institute for Fiscal Studies (IFS) showed that mortgage payments slumped 14 per cent last month, as people made use of temporary payment holidays amid the sharp economic downturn.

The drop marked a further deterioration since April, suggesting some households increasingly struggled to make ends meet as the lockdown entered its third calendar month. Rental payments also dropped 11 per cent from April to May, while tax payments fell nine per cent.

The increase in arrears on household bills came as the coronavirus crisis continued to hammer the economy during lockdown, causing wide-scale job losses and pay cuts across the UK.

The IFS found that average household earnings slumped nine per cent from April to May in the UK, while average household income dropped eight per cent —  equivalent to a loss of roughly £160 per month. The steep fall was largely due to abrupt falls in April, the IFS said, but figures for May showed little to no sign of recovery.

Industry figures have warned that the coronavirus crisis will disproportionately affect the poorest households in Britain, who are more likely to be laid off or struggle with dented salaries on the government’s furlough scheme.

Isaac Delestre, IFS economist and co-author of the report, said: Earnings have been hit very hard for those who came into the crisis with the fewest resources. The picture has been much more even so far when we consider total income, rather than just earnings, which highlights the crucial reliance we now have on our benefits system to contain poverty and inequality.

Excluding key workers, more than 80 per cent of Brits in the lowest portion of earners are in sectors that have been forced to shut down, the IFS said, compared with only a quarter of the highest-earning set of workers.

Between January and May, the average monthly earnings for the poorest fifth of households fell 15 per cent, compared to around four to five per cent of higher income households.

A slump in wages also meant a rise in unpaid bills last month, which deepened substantial household debt, the IFS found. This was more concentrated among poorer households, who were more likely to fall behind with council tax and utility bill payments than wealthier households.

This still provides plenty to worry about for the lowest-income households in the longer term: not least given the career disruption they are experiencing and the fact that temporary increases to benefits made during the crisis are set to expire next spring, Delestre added. In addition, we see rises in non-payment of bills — especially among poorer households — and this worsened further in May.

“All this underlines the crucial importance of securing a labour market recovery that is as swift as possible, compatible with public health requirements,” he added.

Mayor of London Sadiq Khan last week expressed his concern that the pandemic could exacerbate existing wealth inequalities in the UK.

Khan urged the government to extend its furlough scheme for the poorest regions in the capital in a bid to avoid mass redundancies and business failures. Ministers must urgently extend the help on offer to avoid the looming unemployment crisis which will hit the most disadvantaged and BAME Londoners hardest, he said.

It comes as the UK faces prolonged economic turmoil from the coronavirus crisis, after the Office for National Statistics earlier this month revealed Britain’s economy shrank by a record 20.4 per cent in April, just one month into the lockdown.

The chancellor warned that the UK now faces a “significant recession”, and is said to be drawing up plans to temporarily reduce VAT in a bid to boost the economy after months of lockdown.

Prime Minister Boris Johnson is set to announce a multi-billion dollar spending blitz in an attempt to grow the UK out of the coronavirus recession.

Johnson said he would “double down” on his election commitment to “level up” the country and would fast track a raft of infrastructure projects to shore up the British economy.

“We want to build our way back to health,” Johnson said yesterday. “If Covid was a lightning flash, we’re about to have the thunderclap of the economic consequences. We’re going to be ready.”

He said, the lesson is to act fast and we’re going to make sure that we have plans to help people whose old jobs are not there anymore to get the opportunities they need. We are absolutely not going back to the austerity of ten years ago. 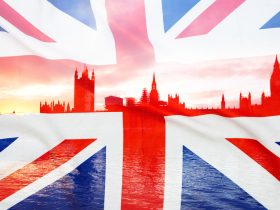 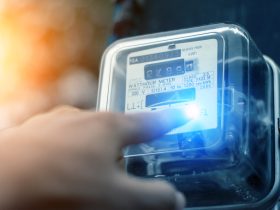 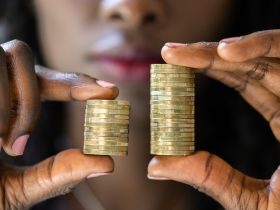 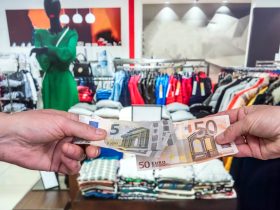