Skipton Building Society saw its new mortgage lending drop by 20 per cent to £2.1bn in the first half of the year compared to £2.5bn in the same period of 2019.

The effects of the coronavirus pandemic mean it is predicting an £11.6m loss on its residential mortgage book with a further £7m loss expected on its closed commercial lending portfolio.

This combined £18.7m charge was one of the main reasons for profit before tax at the mutual halving to £34.4m between January and June.

However, its capital ratio was largely unaffected at 37.5 per cent.

At its peak, 15 per cent of the group’s borrowers had a mortgage payment deferral and as at 30 June 2020, this figure had reduced to five per cent.

Two thirds of those borrowers had reached the renewal point with 85 per cent of that cohort returning to pay the full monthly amount due on their mortgage.

Although unforeseen factors have impacted margins in the first half of the year, margin pressures were expected in 2020 due to the intense competition in the mortgage marketplace, which was particularly prevalent at the start of the year and seen in the mortgage pipeline at 31 December 2019, group chief executive David Cutter said.

He said, although at a very early stage in this severe economic cycle, and backed by extraordinary government support, the group’s arrears position continues to be well below the industry average.

We are providing support to customers who have been financially affected by Covid-19 and mortgage payment deferrals granted in this respect may suppress the impact of the pandemic on arrears in the short term, he added.

Connells group, which is also part of Skipton Building Society, reported profit before tax of £17.2m, down from £26.2m at the same point in 2019.

However, the firm said after a buoyant start to the year and then being forced to close branches for two months as the housing market shut down, it was starting to see significant bounce back.

With virtually no transactional business during lockdown, house sales for the half year were 29 per cent below the comparative period in 2019 and total income fell by 24 per cent to £168.7m.

But the summer revival has seen new applicant registrations and mortgage appointments up 37 per cent and 56 per cent in July respectively, and sales agreed up by 33 per cent.

Homeowners continue to show a desire to re-enter the market, with market appraisal activity up by 23 per cent and new instructions increasing by 25 per cent, it added.

Connells placed almost 5,300, around 76 per cent, of its colleagues on furlough, topping up government contributions to make 100 per cent of basic pay.

The majority of furloughed staff have now returned to work.

Cutter noted that despite the significant government intervention the impact on the general population of Covid-19 has been colossal.

Profits for the whole of 2020 will be significantly down on last year, and although Connells’ trading has been strong since the estate agency market re-opened, it is not yet clear whether this will be sustained or whether it is just due to pent up demand, he said.

Forecasting the outlook for house prices, unemployment and the housing market is extremely difficult at this moment in time, Cutter said.

But the society remains financially robust with a strong capital position and healthy levels of liquidity, and is in a good position to face the challenges ahead, he added. 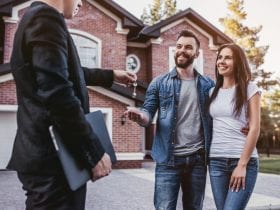 Most brokers do not discuss second charges with clients 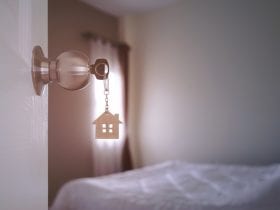 Key property groups sign up to pledge on transparency 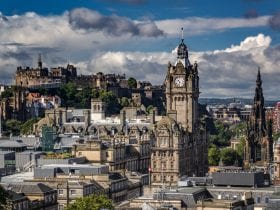 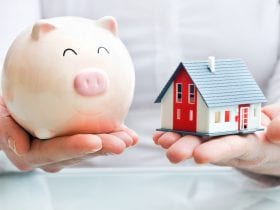 Mortgage Brain Ireland offers up to 50% stake to brokers