Credit card holders receiving Qantas frequent flyer points on their purchases should not expect a reduction in their earning rates as a result of the Reserve Bank of Australia’s (RBA) review of interchange fees, says Qantas chief executive Alan Joyce.

But Mr Joyce, speaking at Qantas’s 95th birthday celebration in Mascot on Monday, said the airline intended for the amount of points earned on credit cards by its frequent flyers to remain consistent despite any changes to interchange fees.

More than 35 per cent of all credit card transactions in Australia, totalling $100 billion of annual spending, is placed on cards that earn Qantas frequent flyer points. The credit card companies purchase the points from Qantas Loyalty at a cost and then give them to cardholders. American Express cards, which have higher interchange fees, tend to reward customers with more Qantas points than rival cards from Visa and MasterCard.

Mr Joyce said Qantas-linked credit cards generated “huge returns” for the banks given they were the most popular in Australia.

“We are obviously talking to the banks about the details of it, but our intention is that people get awarded for loyalty with their credit cards like they are today and that the amount of points that they earn is consistent [with what it is today] going forward,” he said.

Mr Joyce’s comments came after the airline unveiled the “Retro Roo II” – a Boeing 737 aircraft painted in the 1959 livery used originally on its Boeing 707 jets to help celebrate its 95th birthday. He said it was amazing how much Qantas had grown since then, with the airline now carrying 50 million passengers a year versus just 200,000 in 1959.

Boeing senior vice president of sales for Asia-Pacific and India Dinesh Keskar presented Qantas with a large model Boeing 787-9 to celebrate its latest order for eight aircraft from 2017.

Mr Joyce said the aircraft would help open up new non-stop routes like Sydney-Chicago, Melbourne-Dallas and Perth-London and give it daily frequencies in markets where it flew less than daily at present.

“The company has never been in as good a state as it is now,” he said. “We have had big growth in our international business, big growth in Qantas Domestic, big growth in Jetstar. And our frequent flyer program is going from record to record.”

Analysts expect Qantas will report record underlying earnings of nearly $1.7 billion before tax this financial year, giving the company the ability to return more cash to shareholders as early as February.

“Qantas is in a sweet spot today and hopefully we can continue to build on that, and we are very confident in our next 95 years at least,” Mr Joyce said. 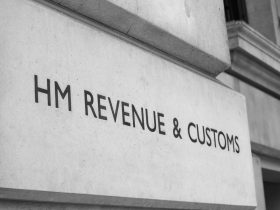 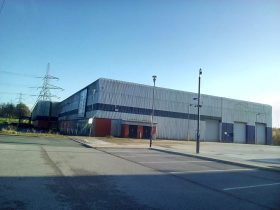 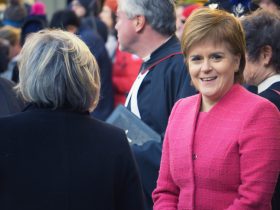 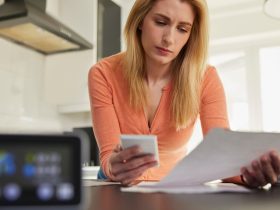