Traditionally, investing in UK property has centered on London. However, in 2020 and beyond, there will be other cities and regions drawing in investors hoping to get a good return on their money. There are a number of different measures to assess the ‘best’ location for property investment. Historically, London has been a sure bet among many investors as house prices there have risen exponentially over the past couple of decades, although this has slowed down in recent years.

Property investments in U.K. cities offer the best returns for landlords, with yields typically outpacing homes on the coast and in the countryside, according to Howsy, a U.K. rental property management platform.

The average rental yield across the most lucrative 20 cities for landlords in 2019 was 5% and in comparison, the average U.K. rental yield offers returns of 3.56%, the report said.

Countryside market towns are the second-best investment option. The average rental yield across the top-20 most profitable market towns stood at 3.72% in 2019.

In coastal towns, the figure was slightly less at 3.59%, according to the report.

Now, developers and investors alike, both within the UK and from overseas, tend to look at more peripheral and regional areas of the UK. Much of this strategy is based on clear figures supporting both higher yields available, as well as stronger house price gains in certain areas away from the capital. While London is still a hugely popular investment spot, many other locations are seeing much higher returns.

Andrew Ward, founder of Solomon New Homes, believes that secondary and tertiary markets will be “at the heart of the property market’s bounce back”. We’re also seeing a growing desire to move away from the larger cities and into more rural locations post-pandemic.

Ward recommends investing in areas that are still affordable, depending on your budget, and with strengthening economies. These areas are attracting the most inward investment and could see the biggest house price rises.

However, there are plenty of great locations for investing in property UK 2020 which include:

Top of the list for overall property investment is Birmingham. In 2018, the city attracted the highest number of foreign direct investments outside London and the South East. After London, Birmingham’s growth has outpaced all other cities, meaning homes are highly sought after.

This city attracts young professionals and families aplenty and is one of the most exciting places to live and work in the UK. Manchester has also attracted much investment, transforming its skyline and keeping rental yields strong. Manchester’s buy-to-let market is supported by the city’s strong student population and burgeoning media scene.

Liverpool has among the highest rental yields for buy-to-let in the UK, with L7 and L1 postcodes regularly achieving yields of 8.2% and 8% over the past five years. With new developments, great career opportunities, and rising tenant demand, the city remains a top investment destination.

House prices in Sheffield are at the lower end of the scale compared to other UK cities and, as such, it offers great opportunities for first-time investors. Rental yields average 7.3% and the revamp of the city’s shopping district has greatly improved amenities and, in turn, its appeal.

The population of Leeds is growing seven times faster than that of London, meaning there’s a real undersupply of homes. A key destination within the Northern Powerhouse and nearly £7 billion of development in the pipeline, Leeds’ city centre is set to double in size.

With a growth of 250% since 2000, Leicester is a buy-to-let property hotspot. House prices are cheaper than other regional cities and there are more tenants than homes. As a result, there’s huge scope for further growth.

Centrally located in the UK, Nottingham offers direct access to many key destinations and is a popular choice with investors. Prices have increased by nearly 20% since 2014 and as the city continues to develop, so too will this growth.

Oxford is an appealing option for investors for many reasons – its history, world-famous educational institutes, and strong economy, to name a few. Property price growth may have slowed in the past three years, but it still ranks third for overall growth in the UK over the past decade.

One of the UK’s fastest-growing cities, recent regeneration and infrastructure improvements mean better connectivity and job growth. Average rental yields are between 4-6% and a rapidly growing population means demand for housing will continue to rise in the years ahead.

When it comes to investment opportunities, it’s hard to ignore the capital. Over the last decade, prices have soared and the city has seen the fastest growth in the UK in most areas. Its ever-growing population means there will be no shortage of demand in 2020. However, it also has some of the highest property prices in the UK.

While the capital’s housing stock usually retains strong value, London house prices fell 1.8 percent in 2019, ending the year as the weakest performing region in the UK (according to the Nationwide House Price Index).

Bea Montoya, Chief Operating Officer at Simply Business commented: Buy-to-let landlords are crucial to the UK economy, contributing a combined £16.1 billion through pre-tax spending. The sector also now houses 20 percent of British households and has a huge presence up and down the country, so it’s wholly encouraging that landlords view a broad spread of regions as attractive areas to invest this year.

Montoya also specifies that London usually comes out on top for being the most expensive city to invest in property in the UK, but falling house prices are making it an attractive place to invest once again. We know a quarter of landlords are planning to sell at least one property this year, largely due to government reform and tax changes, so it’s reassuring to see that landlords are still eyeing up investment opportunities up and down the country.

Property in the UK has always been seen as a solid investment. Even with the ongoing political uncertainty, the UK property market is an attractive option for many investors. 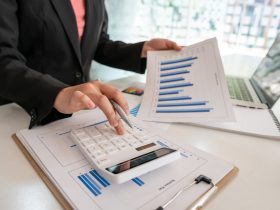 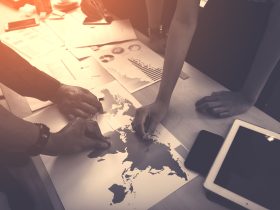 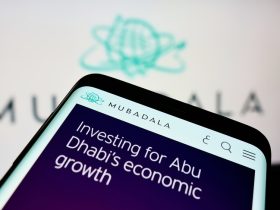 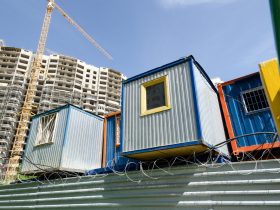