Buy-to-let mortgages have come back to the market with more than 200 deals launched in March alone – but landlords are being charged the highest UK buy to let mortgage rates since 2019. Landlords are seeing the choice of available mortgage deals rise as the number of products on the market increase by 233 last month alone.

Mortgage options rose for the fifth month in a row in March meaning there are a total of 2,333 buy-to-let (BTL) products now available, according to the latest Moneyfacts data.

This means the number of buy-to-let mortgages available is now at its highest in a year after lenders withdrew some products at the beginning of the pandemic.

Mortgage availability in the buy-to-let sector has now recovered to 81 per cent of its pre-pandemic levels, which compares favourably to the 68 per cent recovery seen in the home buyer mortgage sector.

However, there are just under two million outstanding buy-to-let mortgages in the UK according to estate agent Hamptons International. And many landlords will be looking to remortgage over the coming months, as five-year fixed deals taken out to avoid a 2016 tax increase come to an end.

Back in March 2016, there was a deluge of mortgages completed as investors rushed to beat the 3 per cent stamp duty hike, says Mark Harris, chief executive of mortgage broker SPF Private Clients. Many of those deals would have been placed on five-year products meaning over the next few months landlords should be reviewing their portfolio with these deals ending.

Most landlords will not want to flip on to their current lender’s standard variable rate, which is typically higher, he said.

Landlords will also be looking to buy new properties and take advantage of the recent stamp duty holiday extension.

In the final months of 2020, around 15 per cent of UK homes were purchased by investors, with almost half of all investor purchases funded via a mortgage, according to Hamptons.

There is no doubt that the impact of the pandemic has been polarising, with the buy-to-let sector not escaping from this trend, says Eleanor Williams, finance expert at Moneyfacts.

There may be landlords whose focus will be on cutting costs and increasing margins where possible, perhaps by refinancing their existing buy-to-let mortgages. Equally, there may be some who are now in the fortunate position of being able to consider investing in a rental property for the first time. It is therefore inherently positive to see further recovery in the number of available products, rising by 233 deals this month to 2,333 – the highest recorded since this time last year, Williams said.

UK buy to let mortgage rates have continued to rise despite a rise in the number of deals.

The average two-year fixed rate is now 3.05 per cent, which is 0.28 per cent higher year-on-year and the highest average recorded since June 2019, according to Moneyfacts. While the average five-year fixed rate deal stands at 3.41 per cent, up 0.17 per cent compared to a year ago.

However, there are signs that UK buy to let mortgage rates may be beginning to fall for those buying with bigger deposits or those with healthy amounts of equity in their existing properties.

The average buy-to-let two-year fixed-rate deal for a mortgage covering 60 per cent of a property’s value has fallen from 2.52 per cent to 2.14 per cent over the past month alone.

This is all about perceived risk, says Andrew Montlake, managing director at mortgage broker Coreco. Lenders have been concerned about the economic fallout of furlough and redundancies, which have impacted the tenants who pay the landlords’ rents and have therefore shied away from higher loan-to-value lending or increased the price of products to reduce the amount of business they take in at this level.

The main hurdles for buy-to-let borrowers

The greatest hurdle for buy-to-let mortgage borrowers is the rental stress test which determines how much they can borrow.

Mortgage lenders require the landlord to demonstrate that their rental income would cover between 125 to 145 per cent of their mortgage payments, based on a hypothetical interest rate of 5.5 per cent.

Whether a borrower will be stress-tested at 125 per cent or 145 per cent largely depends on their income tax band and how long they wish to fix for.

If your income has now put you in a higher rate tax bracket, for example, this may mean you can borrow less than you thought, says Montlake. However, there are now more lenders who may be able to adopt top-slicing, where your spare disposable income can be used to offset any shortfall on rental income.

Another issue for landlords wishing to remortgage is the cladding scandal, which is impacting thousands of purpose-built apartments across the UK.

Any landlords who are now remortgaging for the first time since the new rules were introduced will be stunned by the amount of information you now have to produce – especially for those with a medium to large portfolio, said Montlake. Those using a broker will be able to navigate the new market more easily and avoid the various pitfalls, whilst often achieving rates that they would not have found otherwise.

What will happen to the UK buy to let mortgage rates?

Although mortgage rates are lower prior to the pandemic, they are still very low from a historical perspective and some experts feel that they are unlikely to drop further.

Whilst competition between lenders is increasing, it seems unlikely that interest rates will fall much further, said Montlake. We have recently seen swap rates, that’s the rates on which lenders price their fixed rates, increasing so it does seem that now is a good time to fix, if you can.

He said a remortgage is a good catalyst to review your aims and objectives, not only with this property but with the portfolio as a whole and especially around the tax treatment of your investment. It may be time, for example, to switch from your personal name to a limited company name – but it is important to get independent tax advice first. 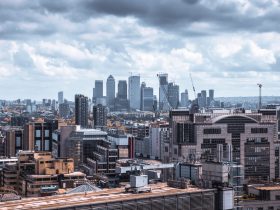 Some of the good investments UK options 2021 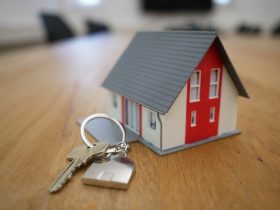 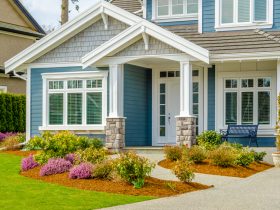 Things to know about UK buy to let mortgage rates 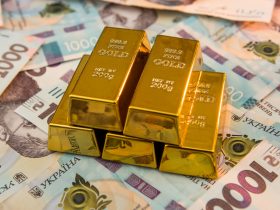 Guide on how to make money from gold investment